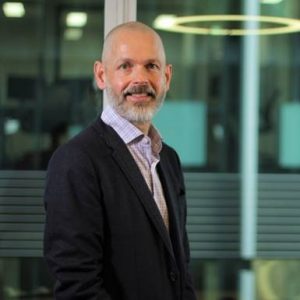 Derrick McCourt
General Manager of Microsoft UK's Customer Success Unit
Microsoft
As General Manager of Microsoft UK's Customer Success Unit (CSU), Derrick leads the organisation responsible for enabling Microsoft's largest Enterprise Customers on their journey to embrace Digital Transformation. Over the last three years the Customer Success Unit has grown into a 550 people strong organisation, representing a diverse mix of technical, change management and support delivery skills and experiences. Together, these teams are working with some of the world's best-known brands along with the UK's largest Public Sector organisations. In July 2020, the CSU expanded its focus to delivering world class support services and created a truly connected experience for customers as they modernise and transform their organization.

Since joining Microsoft in 2001, Derrick has held multiple leadership roles in the UK as well as internationally. In his position as General Manager for Microsoft's Public Sector Business, Derrick played a key part in driving the digital first agenda across public services with the introduction of new productivity tools and cloud platforms, allowing public sector bodies to modernise in a time of austerity.

Derrick is the executive sponsor of the Microsoft UK' s Diversity and Inclusion agenda. Driven by his passion to empower people of all ages, skills and abilities in a technology driven world, Derrick has played a leading role in Microsoft's strategic digital skills initiatives such as the strategic partnership with the South Central Institute of Technology based at Bletchley Park, and the academic startup project, University Academy 92 in Manchester, where he established Microsoft's new Greater Manchester campus.

Outside of Microsoft, Derrick is a member of the Fitzroy Board of Trustees, a charity with the mission to transform lives by supporting people with learning disabilities to lead the lives they choose. He is a keen marathon runner and after completing the likes of Barcelona, Berlin, Edinburgh, London and New York will take on the Boston Marathon in 2021 on his journey to completing the Abbot 6 Majors.